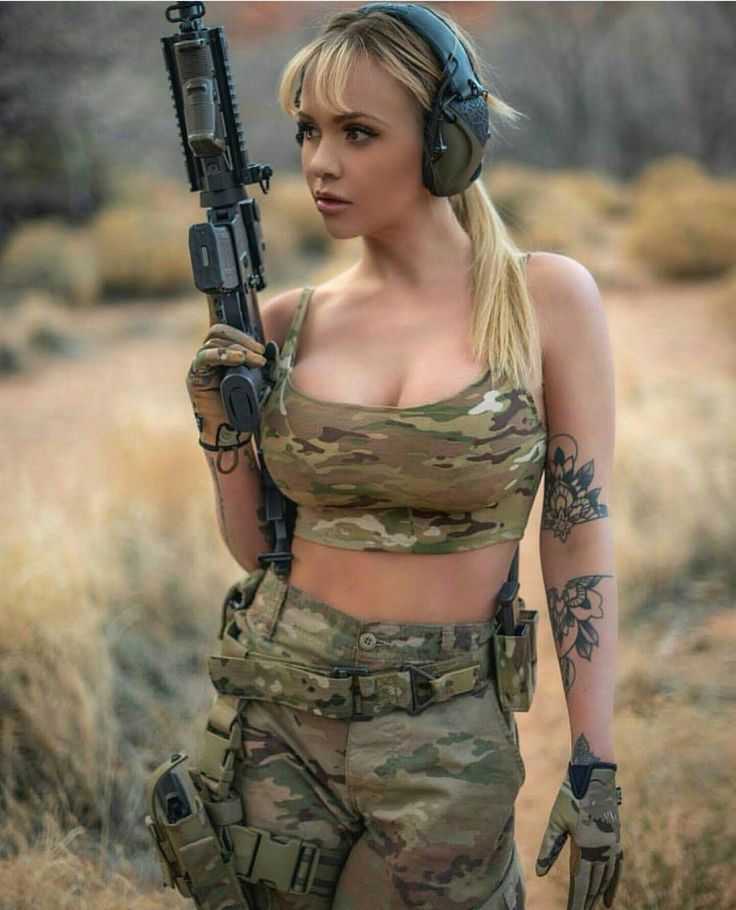 What is this latest fashion look about, women in camouflage?  Is it somehow related to our being at war  And is it connected to so many women, bearing arms in combat zones these days?  I can remember a time in the 70’s that it first occurred.  I can remember seeing a hot redhead in tailored jungle cammies and remarking to her, “God, you look good…and I used to go to work, dressed like that.”  But back then, it was a NEW look; not so much anti-war, but pro-pussy.

There is something fundamentally sexual and arousing about a woman dressed to kill, a woman you’d trust to watch your back in the bush.  Women make wonderful killers, (we should know this intuitively.)  Forget upper body strength, a trigger requires a gentle squeeze…and purposeful intention.  I’ve faced them in combat, possibly killed several, respect them and would willingly fight alongside any that shared my intentions.

That pioneer wife was a keeper; (yeah she bore and raised kids), but she also plowed and shlepped and defended their land from any who threatened.  Civilian men wearing cammies today look like punk wannabes; women look like aspiring players. Curious.  It’s all about posing and contemporary cultural style; but is it anything else?  Israeli women have long worn and distinguished combat fatigues; dis those warriors at your peril.  But American female soldiers, engaged in combat conditions is a relatively new phenomenon.