I’m in the throes of departure and discovery as I approach Christmas 2004. In two weeks, I will return to Vietnam for the first time in 35 years. I have much on my emotional plate, can you dig it?

Tonight I received a phone call from a gathering of old friends in Washington, DC; celebrating their annual ‘Mens Drink’. Understand these men (and women) know something about drinking – we were all college classmates in Munich, Germany in 1962-64. We came of age in the beer halls of Munich, Octoberfest, Fasching… and continue to enjoy inebriation, (those of us whose livers still tolerate our excesses). Most are now retired, but many settled and spent their careers in the greater DC area for all those years– in government, the military, intelligence, God knows what else. Each year-end, they rally and raise a toast to our shared past… and to those days that remain.

Tho I managed to attend a reunion in the late ‘80’s, I’ve yet to attend this specific ritual, but they were kind enough to include me by calling tonight, allowing many of my friends from more than 40 years ago to say hello. Mike DuMonceau, “The Count” (and legend says he was of such Belgium lineage) was first to greet me and teased me by asking if I recognized his voice. (Mike has been an integral part of the Discovery Channel since it’s inception.) His voice was vaguely familiar, clearly connected to my past, but I soon surrendered and asked for clues. He identified himself, we exchanged holiday greetings, then several other old friends took up the phone to share their hello’s. It was special, I was grateful to have been included, regretful I could not be there with them 3000 miles away.

Mike’s first clue was that we shared a theatrical link. In those days, I’d no thoughts of theater, I was studying International Relations, German…skiing, girls and beer (not necessarily in that order). I welcomed the greetings of them all, thanked them and hung up, grateful I remained a part of associations from so long ago. And then I began to feel that singular Tucker-ish ‘itch’…a sense of déjà vu, connection, synchronicity. And within minutes, it all snapped together.

This past weekend, I’d been part of a theatrical reading at the Odyssey Theater of a play entitled “We’ll Never Be Young Again”. It is based upon reactions to the assassination of JFK (gleaned from a recently published compilation of memories from political and cultural icons from that time.) The reading was moving and resonant. While preparing for it, I shared with the writers my own resonant memories of that event.

What’s interesting /synchronous about all this is that Mike DuMonceau was an integral part of that memory. (He was the lead character in the play “All My Sons”) I immediately called Mike back to relate this curious connection, and he shared his own memory of our unique angst during that tragedy (“…the quietest dinner I can ever remember.”) My recollection of that time now follows. It was written on Nov 22nd 2004, and first shared with my OCS classmates:

This is a time of reflection, on a moment that forever changed the world as we knew it. We’re all roughly the same age; we were all then young adults, we’d studied history and had a sense of America’s significance, at home and abroad. The news media tonight will engage the myriad theories of how it happened, and who was responsible. I’d prefer reading the personal recollections of my OCS classmates on that pivotal shift in our lives.

In November of 1963, I was a college student in Munich. It was a small institution, perhaps 400 students, mostly military and State Department dependents. (You know several, including myself, Dick Stanley and Bob Fusco.) My father was then the director of the German-American Institute in Regensburg, an USIA cultural posting to further German-American relations. I traveled home with the drama club of the University of Maryland (Munich) for a performance of Arthur Miller’s play “All My Sons”. They’d been invited to Regensburg by my father and the Goethe Institute. (I became an actor after Vietnam, but at that time, had no such ambitions; I was simply acting as host to my classmates, while visiting my German hometown.)

The performance was going quite well, and as the 1st Act ended and the curtain went down, I was startled to see my father appear on stage. He announced that the performance was to be suspended…he had just received word from ‘his higher’, that our President, John F. Kennedy had been shot in Dallas and was dead.

There was stunned silence as the audience of perhaps 500 people slowly filed out of the theater. It’s been 40 years, and I’m sure I’ve forgotten many details. But I do remember the bus ride back to Munich with my classmates. I remember going out to buy a bottle of cognac to share for the trip back…and I remember that wrenching confused feeling of dislocation. Of never having felt, before or since (Vietnam included) so far from home. There were tears and hugs and attempts to make sense of our universe turned upside down, during that 4 hour bus ride. We were young Americans, the children of parents dedicated to service to America…and our sense of loss was deep and personal and unforgettable.

There were perhaps 200 male students at Munich U of Md… I discovered at a reunion in ’89, how extensive our later participation was, in service to America. As many as 160 of those 200 men (perhaps more) served in Vietnam, as officers in Army, Marine, Air Force and Navy command slots… and many served with great distinction! 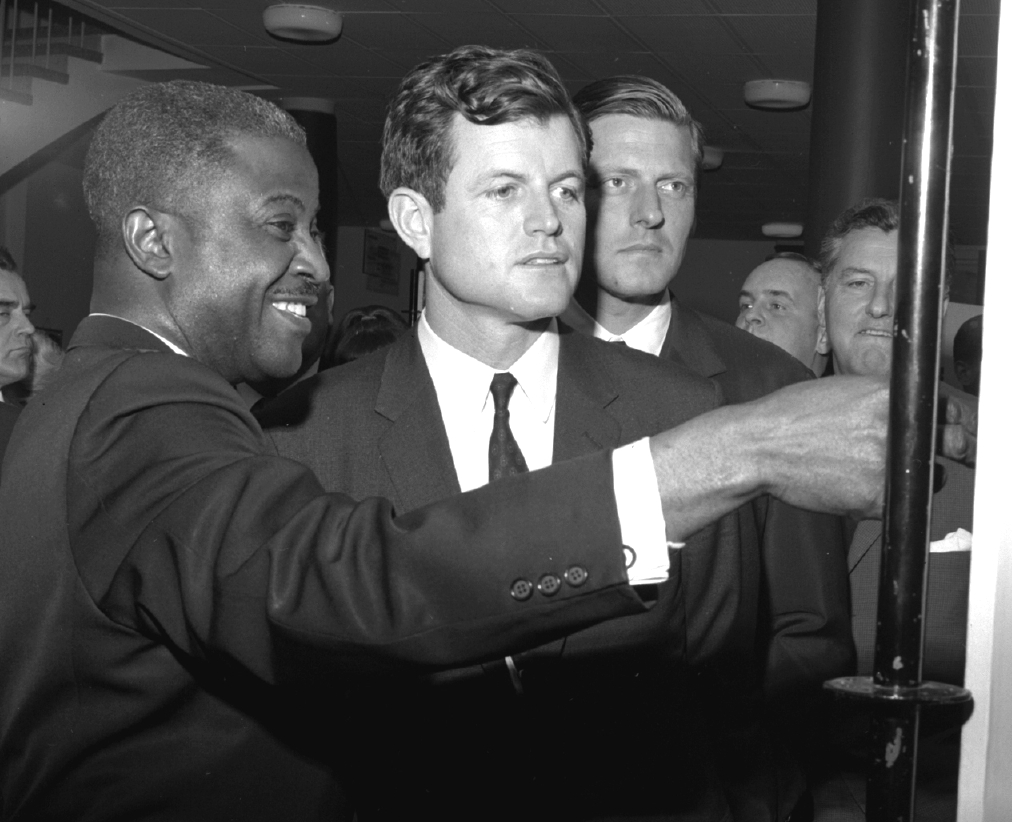 Such unanimity might seem rather amazing, unless you consider who we were…who our parents were and how we were raised.