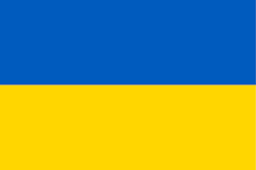 We (The Free World) seem to have an unspoken agreement; to pretend that our actions thus far are likely to create a good outcome in Ukraine.  Zelensky and his countrymen are courageous and committed…and they are dying.  More than 2 million refugees have been created.  Hundreds if not thousands of civilians have died.  But I don’t think anyone believes that sanctions will result in anything but Ukrainian (and Russian) deaths.  Destruction of Ukrainian infrastructure.  Additional war crimes.  Do you?

An aggressor nation has violated a free nations sovereignty, essentially declaring war.  If no one is willing to risk creating a much wider war, then what integrity does NATO have?  Are you saying, had Ukrainia joined NATO, none of this would be happening?  Because Poland and Germany and Turkey and the UK (among others) would be tearing Russia’s invading forces a new asshole?  Do you believe that?  Do you think that Russia believes that?

There are really only two choices and only one of them is available to Ukraine:  1) Surrender. 2) Tear the invading nation a new asshole.

I’m not happy about the prospect of a nuclear conflict…but without help from other free nations, we are pretending to express concern even as we watch Ukraine be slowly devastated.

How would you vote?  Knowing the cost of defending freedom may be nuclear war?