So, you know…I’m kinda pissed…and you’ll never imagine why.
I’m binging MAD ABOUT YOU, now midway thru Season 3. I’m appreciating just how fucking brilliant the sitcom pairing of Paul Reiser and Helen Hunt truly was. I laugh out loud A LOT. Not so much at witty lines but at human behavior, at which they both excel in expressing. That kind of chemistry is rare, folks.

Now I noticed early on, a guest star who seemed familiar. When the credits rolled, I discovered that he was an accomplished film and tv actor for decades. George O. Petrie. He also happened to be significant to my very first union job, the soap opera SOMERSET on NBC. I was then going to acting school on the GI Bill in NYC, working as a waiter at The Goose And Gherkin (A steak house between Lutece and The Leopard.) Lutece was legendary and The Leopard was extravagantly overpriced. 1971. One night a customer said, “You’re an incredible waiter!” I said, “I’m even a better actor!” He turned out to be a producer of a soap opera. He read me the following day and then put me into a scene for the next episode. I didn’t step on my dick…and then he offered me a job, at $400 an episode… which I accepted! I became the Assistant District Attorney on SOMERSET…and George O. Petrie was the DA. 1971.

When I went to confirm this synchronicity, I discovered that NOWHERE in Google or IMDb or anyfuckingwhere was it certified that George O. Petrie had EVER appeared on SOMERSET. Or for that matter, me either. 🙂 Now soap operas were network mainstays for DECADES, from the 40’s to the 80’s…and they were sponsored by P&G and other laundry detergent moguls. That’s why they’re called SOAPS! Duh!
As I searched further, I noticed that artists with whom I’d worked over the years, who’d achieved stardom were haphazardly documented online. People like Ted Danson and Jameson Parker and Brad Davis. Somehow, actors who’d had meaningful arcs on soap operas…all that work was just ignored or misrepresented, with faulty dates and indifference. I mean, if you’re gonna document something, why not DOCUMENT IT? We HAVE the technology. .

In 1977, I accepted the role of the administrative assistant to a media mogul, a Ted Turner-ish character. At that time I was also performing on stage in JULIUS CAESAR and CORIOLANUS at The Public Theater. (Look it up ) I became the very first actor of color to be offered a contract on the soap opera SEARCH FOR TOMORROW…which had been on the air for 36 YEARS! And my work on that show is not even mentioned on IMDb. I’d refused to sign an extension, unless they created a story line central to MY character. P&G didn’t…and I walked away.
My beef tonite is the incredibly shoddy documentation of so many actors you’ve enjoyed in prime time, who cut their teeth on soap operas. And I have to wonder why. 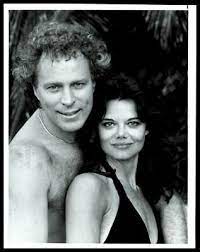