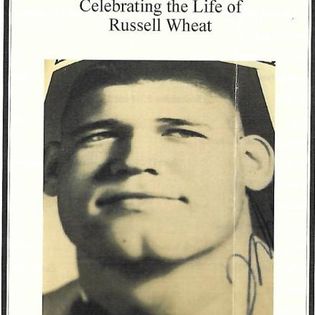 I’ve lost a friend of many years. In truth, Russell passed on December 20th but I only received certainty today. I’ve been trying to call him for weeks and had premonitions but shrugged them off. Despite his many ailments, Russell was incredibly hardy…and stubborn. His phone would ring and ring; he’d never had an answering machine. He lived in the hills of Texas on a few acres with his many dogs.

Russell was a man of deep feelings but without an ounce of sentimentality. So when the sadness within me now arises, I press it back down. To surrender to it would dishonor his memory. We met in OCS at Ft Benning in the winter of 1967. He was no spit and polish barracks soldier; he was burly, built like a Texas Tech nose tackle. His fatigues struggled to maintain a starched crispness, his boots a gleaming spit shine. But much like myself, he was very good in the woods. Durable, without surrender, a dry and surprisingly literate sense of humor.

I’ve saved all his letters received thru the years. They would take days to read and decipher; because of his sprawling penmanship as well as the frequent jokes and puns and quotes, often in three or four different languages. Russell was a very covert intellectual; the range of his expertise and interests camouflaged by his country bumpkin presentation.

After Vietnam, our surviving classmates found each other over the years, aided by one of us who was computer literate in the early days of the internet. He formed a listserve on Yahoo, which allowed us to interact and catch up…all but Russell. He would have nothing to do with computers. Russell was old school to the very end.

Yet once we reconnected, each year he took the time and trouble to send a card and a gift and a call. Sometimes BBQ spices from Texas, this year A TOY TRAIN IN A TIN. 🙂 I finally found the time to burn two DVD’s for Russell, containing some music, some film work, some home videos of me and BB. I wanted to get that in the mail to him before calling to thank him and share our Christmas greetings. I’d known he had friends that would play them for him on their DVD player or laptop. And so I put it in the mail…and then began to call.

But there is never enough time. Happy Trails, my good friend. 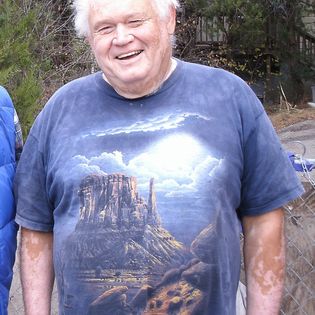