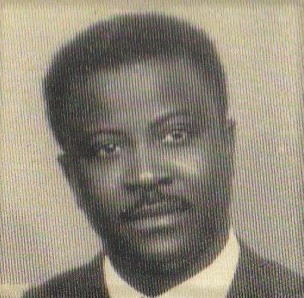 I was perhaps seven, when I went to visit my father in Georgia. To supplement his income as an English professor at Howard University, Dad taught summer school at Savannah State College and I looked forward to my first visit to the South, spending my summer fishing and reading, and the chance to travel on a train by myself.  My mother took me to Union Station in Washington and undoubtedly told the conductor to keep an eye on me, that my father would meet me in Savannah.

The only thing I specifically remember packing was my newly acquired miniature chess set, a hinged book-sized plastic board, which opened to accept small red and white pegged pieces in its perforated surface.  I spent many hours at play with my fellow passengers as the train worked its way through Virginia, North and South Carolina into Georgia, as often as not winning, if memory serves me well.  (Tho I do wear a t-shirt now that states, “The older I get, the better I was…”) As night fell, I had my supper in the dining car, then returned to my seat to fall asleep a few hours out of Savannah.

I was awakened suddenly by our arrival, it was by now midnight, and the scheduled stop was a brief one, the train proceeding on to Jacksonville.  I hurriedly gathered my few possessions and, still rubbing the sleep from my eyes, rose to meet my father in the aisle.  He embraced me and followed me to the steps leading down from the train to the station.  As I approached the first one, my chess set tumbled from my hand and opened, spilling the pieces, both on the train and down the steps and onto the tracks.  I was frantic to find them all and I remember that we caused the train to be delayed for several minutes while we recovered all that we could, but a knight and pawn never turned up.  It was a minor tragedy, soon to be forgotten as I spent the next few days getting used to the campus, our apartment, Dad’s office and best of all, trips to the banks of the Savannah River, where we fished for perch and drumfish.  These are fond memories for me, a time of quiet companionship with my father.

I had played no chess since arriving, and one Saturday, Dad and I decided to visit the local Sears, in hopes of finding spare parts for a miniature chess set.  It was 1951, 4 years before Rosa Parks, and I knew little about our struggle for civil rights.  In my lifetime, my people have been called boy, nigger, colored, Negro, Afro-American, Black, and most recently, African- American.  I can remember reading a film script in which my character observed, “The 60’s were a wild time, weren’t they?  All my life, I’d been a Negro.  All of a sudden, I was Black!”  While I can now smile at the occasional confusion over the currently PC term for my ancestry, at the time, my awareness was quite limited.

I’d then encountered little overt prejudice in my short life, certainly none that I remembered and can now judge my childhood as having been quite sheltered for a child of color, then or now.  My older sister, Angela taught me to read when I was three.  By five I was an ace at finding words in the dictionary, so facile that the rumor circulated amongst my kindergarten class that “Tucker had memorized the dictionary”.  Seriously!

The point is that I was fully capable of reading the sign on the water fountain inside Sears, which pronounced it to be WHITE.  Obviously it was WHITE, it was made of porcelain!  I stepped up to drink from it, not noticing until much later, a smaller, lower, separate facility which I guess had it’s own sign, I don’t remember, but I do remember the size and anger and redness of the man who began shouting at me and my father.  I was startled and confused, clearly he was angry and at me, but I hadn’t a clue as to what I’d done wrong.  While I can’t recall any of the words, the tone remains quite clear to me, both of my accuser and my father’s response, the substance of which was, “Do not shout at my child.”

I think the man was momentarily stunned, both at the resistance and the decisiveness of my father’s response.  We left the store immediately and on the trip home, Dad explained to me some racial facts of life.  Knowing now what potential danger that situation posed for us both, I can only admire the courage and dignity he displayed.  Dad was not a particularly large man, all of his sons have grown taller. But on that summer afternoon in the Sears and Roebucks, as I experienced racism for the first time, my father stood as tall as any man I’ve known.