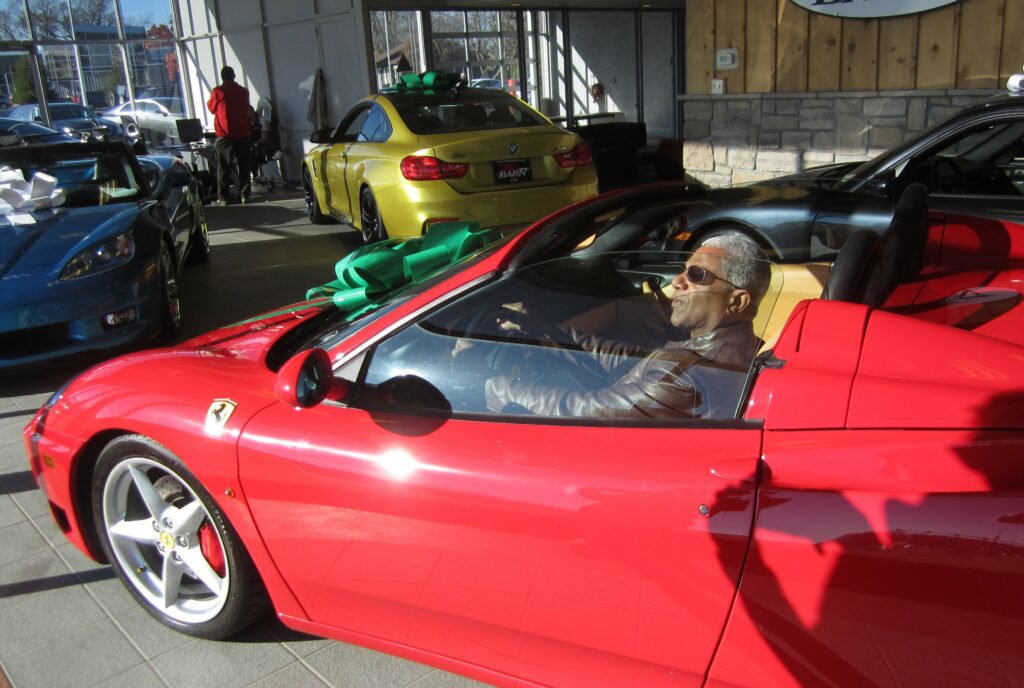 I’m a union man, have been since 1971.  I pay dues to three separate unions that govern the conditions under which I work as an actor; SAG, AFTRA and AEA.  I believe in the value of collective bargaining and organized labor.  But I feel that the pendulum has swung too far to the left and unions created to redress wage inequities and unfair working conditions, now exist to preserve and exploit their own power, at the expense of the general public good.

As I write this, a union of perhaps 10,500 men and women is holding this nation hostage to their demands.  This is an absurd and unacceptable situation.  Our economy is faltering; massive layoffs have been effected, with more to come; unthinkable wealth has been obliterated by the markets grinding decline; corporate fraud has destroyed the lives and savings of thousands of decent, working Americans…and we are at war.  Not some of us.  Not just those connected to victims of 911 or to our armed forces.  We are ALL of us at war today.  And I submit that under such radical and trying conditions, this is no time for ‘business as usual’.

The Longshoreman’s Union has a long and proud history.  In its time, it provided a level playing field for the working man.  Over the past 20 years, its numbers have declined from 100,000 to a tenth of that number.  Its called progress.  Technology has made so huge a work force unnecessary.  These remaining members are among the highest paid American workers today; salaries ranging from $80,000 to more than $150,000 annually.  These are not nuclear scientists; this is largely not highly skilled labor.  Their clout and success is due to labor contracts that reward them far in excess to their contribution.  There are some people in this world that should greet each day by kissing someone’s ass for their good fortune.  Instead this miniscule cabal has chosen to subvert this nations’ efforts to counter the economic depressants of terrorism and recession by refusing to give their very best efforts and do their fucking jobs, jobs for which they are absurdly well compensated.

In 1980, during a SAG strike, they allowed my union members to work alongside them on the docks in San Pedro.  For several weeks, I reported early each day for the morning shape-up (unchanged since depicted in On The Waterfront in 1954.)  “We need so many carpenters, we need so many drivers, we need…” One day, I loaded oranges onto a freighter bound for Japan; on another, I drove Fiats, Ferraris, and a lovely Lamborghini off an Italian freighter; on yet another, I ran to the nearby store, bought an apron and hammer, and presented myself as ‘a carpenter’.  I spent that day assembling skids and pallets.  The work wasn’t necessarily dangerous, but working there was.  Each day, someone lost an arm or broke a leg or died in an accident.  It was dangerous because you worked alongside men drunk, stoned or hung over.  Policemen, firemen, soldiers have dangerous jobs.  They don’t get paid remotely enough for the risks they take.  I was grateful for the daily paychecks of $200 and more, but was even more grateful to leave the docks and return to the work of acting.  I’m sure there are skilled laborers and gifted managers among their numbers, but the vast majority is simply manual laborers, sons and fathers and uncles and nephews and nieces of former longshoremen.  The work they do is important to our economy, but it can be done by any number of others; who would be grateful for significantly lower wages and benefits…and they would be fortunate to enjoy such working conditions.

Back in 1981, Reagan fired striking air traffic controllers and destroyed their union PATCO.  These were truly highly skilled workers, a vital part of our economy…but their intransigence threatened our national security and well being and Reagan acted.  I know the two situations are not analogous; (management locked out the longshoremen,) but the reality is that they are holding a gun to America’s head, like any Al Qaida operative, with their pouting and work slowdown.  Farmers will lose their entire crops, rotting in the holds of ships waiting to be loaded and unloaded; merchants will find their shelves empty for the critical holiday season ahead.  We have ENOUGH problems already, we’re running just to stay in place, how can we permit such actions to take place within our domestic borders?

I submit we cannot.  I believe Dubya needs to find the balls to act with vision and courage.  He’s fine when it comes to sending our troops into the field and harms way to pursue his policies, but there’s something he can do right here at home to make things better.  Order the longshoremen to return to full work capacity; no more excuses, no more slowdowns, no more extortion.  That is sabotage, it should be considered sedition and treason. . And if they refuse to comply, disband their union and bring in the California National Guard to get the job done until replacement workers can be found.

These are extreme times, times of war; this action would be in the nations best interest, and is a reasonable solution to counter the unpatriotic position of a very small and unreasonable group of American workers.  I am not anti-union…I am pro-American.