Skip to content
NEWS FLASH!  Our reality is more complicated and other than you’ve believed…and it always has been.
There are people that firmly believe Jesus of Nazareth was Caucasian…or white.
This despite overwhelming anthropological evidence how very unlikely that would be…and had blue eyes!  No shit.  I suspect it would be far more likely that Jesus actually walked on water…than had blue eyes.  I mean, what a unicorn!  But wouldn’t at least ONE of his disciples when writing about him have mentioned his “divine blue eyes”…doncha think?

Faith is one thing….and it allows those willing to do so, to accept as fact, as truth, certain beliefs which should not and cannot rationally be so regarded

There is no shortage of evidence, truly ample evidence connecting #45 and his family AND HIS INNER CIRCLE to corruption and criminality.

If you were expecting something else, shame on you.  🙂
Both inspire passionate conviction but perhaps for different reasons.
In America, at least at this time, one is free to believe in leprechauns, dragons, Adam…and Eve of course, Scientology, Joseph Smith, Buddha, Christ and The Devil among countless other things in which one might believe.
Belief in anything makes it absolutely so, only to the believer.  Therein lies the rub.  If two and two is three (rather than four) and one can find other people who believe that (just as some continue to believe that the earth is flat), such a disparity makes it difficult if not impossible to successfully converse.

Similarly if I speak Urdu and you speak English, we are unlikely to successfully communicate.  What to do when there is no commonality or certainty about what constitutes a fact?

An objective consensus on a fundamental reality that has been agreed upon by a substantial number of experts.
hmph.  What then constitutes expertise?   What constitutes objectivity?  And is consensus majority rule?  Does 51-49 imply consensus?
I will likely receive differing opinions about Joseph Smith and Mormonism if I ask this question in, say NYC as opposed to Salt Lake City.

So…how have we survived as a species for so long without there being absolute truth or fact?   You tell me. 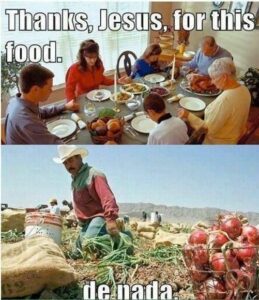