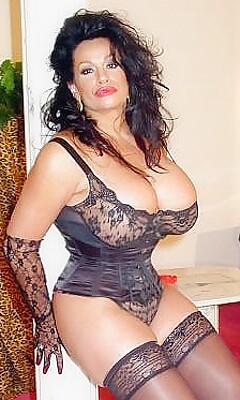 Understand that then I lived in a loft in TriBeCa….which had been named after I’d moved there from SoHo….along with Streep and DeNiro and many  fortunate others.  Across the street from 357 Greenwich would be erected Independence Plaza…whose pedestrian cross bride would eventually partially block my view of the Hudson River.

Those were early days for me, home from war only about 4 years…and I remember having harbored visions of conducting a night op.  A few pounds of C4, wisely deployed and I could bring that crossbridge crashing down and once again, freely watch the ships move up and down the Hudson River… and see the river, as well!

So I didn’t ever do that. Apparently I still had SOME limits…  But Traci Topps was a novelty in my emerging TriBeCa neighborhod, far from the 42nd St titty bars.   An enterprising (and probably connected) bar had recently opened, offering a variety of savvy and admired brews…plus they offered…Hmmph. What do I call them?

This was eons before Giuliani and his smut purges to come.  By this time, Tempest Storm and Blaze Starr had long before headlined this longstanding American tradition.  Burlesque!  (I’m not gonna engage its implications tonite, that’s another essay.)  So this bar offered at the southern tip of Manhattan, adjacent to Wall Street, great beers and nude performances of porns most celebrated contemporary strippers.  Of course I went!  I liked their beers.  😉

And I wasn’t all that disconnected, y’all.   Directly across the street from me lived a woman I came to know as Annie.  Cuban Annie.  She was my dealers old lady.  Cuban Annie enjoyed great fame under her professional name, Vanessa Del Rio.  I just knew her as Annie.  My dealer was also a Vietnam vet and we enjoyed a mutual respect.  But there were at least two times that I watched (from my living room window) Annie emerge from the lobby and make her way up and across Greenwich St (probably towards the IRT #3, around the corner on Harrison.)  Annie was wearing a sweater, kinda light burgundy, maybe violet but TIGHT.  And Annie possessed commanding breasts.  And Annie, in that sweater, compelled any man with a pulse (even gay men, admiring her aplomb) to turn and stare and compose suitable expressions for their lust and gratitude that such women still exist…and still represent!  Chill, this was back in the mid-70’s.  So.  Annie was memorable.

But I began all this, referencing a professional sex performer Tracy, who performed her act, mere blocks from my loft.  How did I know that?  Good question.

This was decades before the internet.  Mid-70’s, right?  We had…newspapers back then.  As a young kid, I had a paper route – plus mown lawns and sidewalks shoveled and windows washed. I was a very purposeful kid when it came to economic independence.  So apparently – by this time I was a rather successful actor; I longer delivered papers 🙂 I noticed an ad in the sports section of The Post or The News.  (I seriously doubt Traci advertised in the New York Times tho…gotta know your market!  😉

And I saw that ad and went to see her show (essentially look at her large breasts.)  And feel…what?  I dunno.  Validated?  That such extravagant breasts might exist?  Seriously, I really don’t know, to this day.) and enjoyed my beers and…tonite, some 42 years later, she turns up on a porno loop…which I watched.  Well I’m sure it wasn’t filmed recently…that would place her in her late 60’s at least.  No it was filmed some years ago…but years after I’d attended her live show.  She’d held up well enough.  I’d imagine her life had been…challenging and that this film reflected the winding down of what I hope had been a successful career.

I mean no snark, hope you haven’t encountered any.  In the 70’s I filmed an NBC Movie Of  The Week.  It was a film about male strippers and called FOR LADIES ONLY.  Look for it  😉  It starred Gregory Harrison and Marc Singer and Patty Davis and a number of interesting performers.  Far as I know, I’m the only cast member of our film who went out in Atlanta to perform in a real strip club.  And I couldn’t wait to tell Stella!  😉   So in my actors prep, I visited pre-Giuliani 42nd St strip clubs for ideas.  That’s another essay…I think I already wrote it…;)

Anyway. I began writing this to underwrite/validate/authenticate THIS insight:

Women, given the opportunity, will go thru your shit.

That’s just something every man needs to know…and accept.

Cause they will.  You can’t control EVERYTHING.  So it goes.  😉