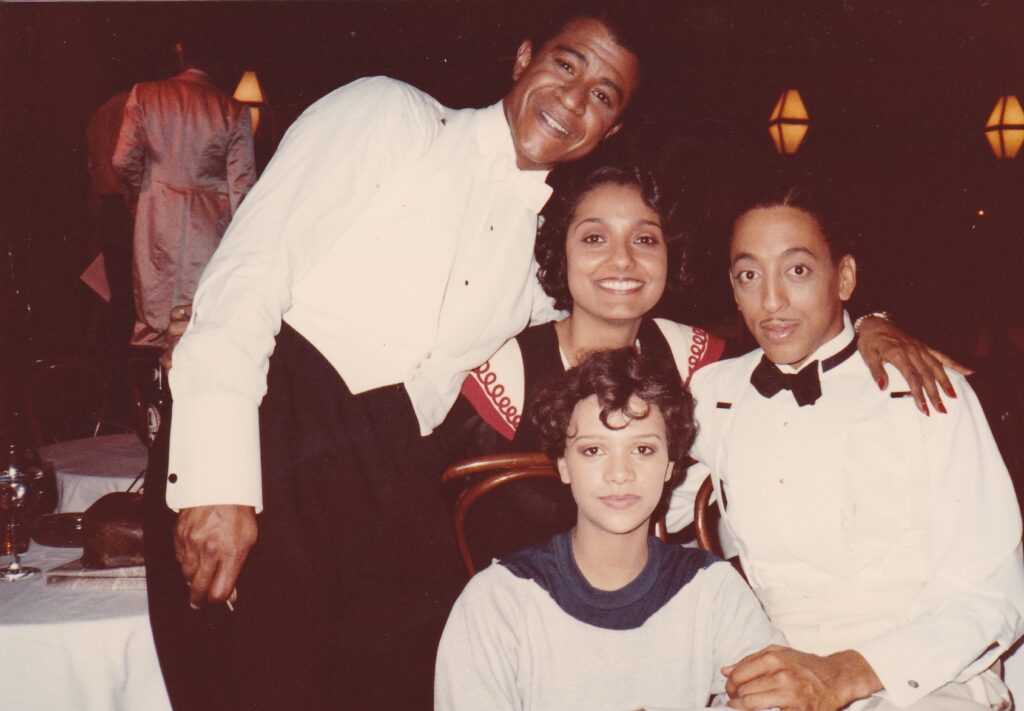 It’s not listed among Greg’s theater credits, THE LAST MINSTREL SHOW, which starred Della Reese and was slated for Broadway. But after out of town runs in Delaware and Philadelphia, we never arrived at our slated opening at the Helen Hayes Theater. (I still have that NY Times full page ad announcing our arrival) So it goes.

Our producers included Colleen Dewhurst and they simply ran out of money, couldn’t get the sets out of Philly. The music and dancing were compelling and the book engaged the use of blackface in a time of social change in America. My character, Jimmy “Tuskeegee” White questioned the morality of “corking up” to perform our music, believing it to be demeaning to people of color. In the second act, he confronts Black Sally (Della Reese) with his concerns and choses to quit the production.

Greg had been a performer for all of his life…but this was his first dramatic character role. He was brilliant dancer and singer; his instincts were solid but he’d had little prior training as an actor. (I’ve had the singular pleasure of having tap danced with Gregory Hines and Jeffrey Thompson on a Broadway stage!) 😉 During the run he approached me one afternoon and asked, “Tucker, every night you play that scene…and you break down every night, often on the same word. How do you do that?” I described to him my training with Meisner and with Stella, spoke of “a preparation” and the actors work of creating a characters history, back story and how that would inform his work, once in performance.

I don’t remember if Greg ever told me who he chose to study with…but I do remember a call late one nite. I was then living in a Tribeca loft. My phone rang and in hushed tones but full of excitement, Greg said, “Tuck! I’m down in the morgue! These guys are showing me how they do what they do!” Jesus, Greg, the morgue? But good on you! Greg was passionate about growing as an artist. And he was now preparing his character for the film WOLFEN. He continued to elevate his game with each performance, his creative instincts always on point.

And speaking of phone calls, months later I returned home one night from a black tie affair…and had this persistent impulse. CALL GREG! Not sure why…but I did; I left him a message. Days later he returned my call. “Tuck, I’m in Napa with Francis Coppola, working on a script. I think there’s something in it for you. I’ll be in touch.” The project involved was The Cotton Club.

Several weeks later in NY, I took a meeting for the project. I walked into a conference room with just two men. Francis Coppola and Robert Evans. I approached the conference table. They looked at me and then they looked at each other…and in unison, they said, “Kid Griffin.” That led to five months of creative joy…with Greg, with Diane Lane, with Laurence Fishburne and with just about every goddamn Hollywood star imaginable. They all visited our set every week and especially every weekend. For the parties! We had the most beautiful women in the world attached to this project…and they all wanted to meet them. 😉

Greg was a dear friend, a singular artist and left us far too soon. Art is short…and life thereafter, far too long.